Sinterklaas in the Dutch Caribbean!

Celebrating an old Dutch tradition on the other side of the world!
Learn a bit about the history of Sinterklaas and the Dutch Caribbean!

In The Netherlands we celebrate Sinterklaas. It is an old Dutch tradition of the bishop of Myra; Sinterklaas (Saint Nicholas) bringing gifts to the well-behaved children. He arrives by boat from Spain, where he lives the rest of the year, and leaves the 6th of December. The 5th of December is Sinterklaasavond (St Nicholas Eve), where all the gifts are brought personally or dropped at the front door of houses in a jute bag (gunny sack). Often Sinterklaas reads a poem from his special book about the behavior of every child before he/she can unwrap the gift. When children have bad-behaved the story goes they are taken back to Spain in the jute bag.

Sinterklaas rides a white horse, Amerigo. Especially in the old days he rode over the rooftops of houses to deliver all the gifts to the children through the chimneys. Prior to Sinterklaasavond children are allowed to leave a shoe with a gift wishlist and some food (carrot/straw/water) for Amerigo. They sing Sinterklaas songs before going to bed and hope to find a small gift inside their shoe the next morning, if they well-behaved.

Since Sinterklaas needs to deliver gifts to all the children he gets help from servants called pieten (piets or Pete's). The pieten wear very colorful outfits and are acrobats who jump and dance around Sinterklaas, bringing the gifts and having special tasks. Hoofdpiet (Chief piet) Wegwijspiet (Navigator piet) and Muziekpiet (Music piet) are examples of pieten having their own task. Often young children love the piets but are a bit scared of Sinterklaas.

Pieten used to have a skin as black as carbon, called zwarte piet (black piet). Various stories go around why zwarte piet is black but every year the discussion about zwarte piet being an act of racism rises. By now the government and UN are interfering with this discussion and slowly zwarte piet is changing into a different color or with carbon marks (from gliding the chimneys to bring the gifts). Here on Bonaire, Dutch Caribbean, nobody seems to worry about the color of the pieten. Bonaire has a history of slavery of which they do not like to be remembered. They prefer to see themselves as descendants of the Indians, the original inhabitants of the island.

The arrival of Sinterklaas on Bonaire 2016!

With a lot of clouds and some rain the boat of Sinterklaas arrived in the Dutch Caribbean! Hundreds of people were waiting in the harbor, even the 'foreigners' on the cruise ship that was docked were watching the spectacle. Loud drums and songs and pieten jumping and dancing on the deck, Sinterklaas was arriving on Bonaire! After both pakjesboten (boats with gifts) were docked Sinterklaas and the pieten came ashore. They performed on the jetty, pieten were dancing with the rhythm of the band before they slowly moved to a building for youth activities to continue the celebration. Watch the above video and make sure to turn on your speakers!

The arrival of Sinterklaas (Saint Nicholas) in the Dutch Caribbean!

There are a few 'Dutch islands' in the Caribbean and it is pretty hard to explain. If you watch the following video of CGP Grey you will learn more about how they are all linked to The Netherlands. Starting from 1:40. 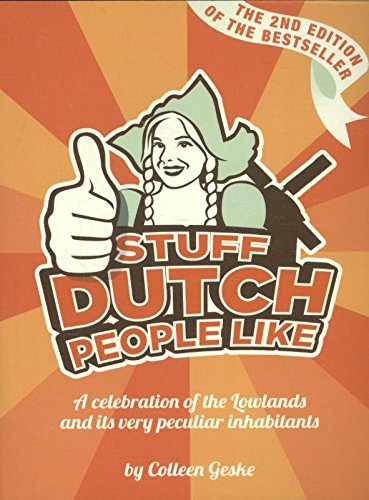 A Humorous Cultural Guide to the Netherlands!

Let's travel the world in a crazy way!


Previous Back to Blog Next