Borneo is big, really big. The island is separated by three countries; Malaysia, Indonesia and Brunei. Malaysian Borneo is divided in two parts, Sarawak and Sabah.
For Sarawak you can check the Kuching page. Sabah is the northern province of Borneo, famous for its rainforests, wildlife and green jungle atmosphere.

We flew to KK (Kota Kinabalu) and rented a car for a road trip of a few days. The plan was to drive from KK to Ranau (Mount Kinabalu) for the first night, than to Sukau, Sandakan and back to KK with one night in Kundasang. A trip of 725 kilometers / 450 miles. We drove to Mount Kinabalu for the first overnight stay.
After the earthquake in June part of the Kinabalu National Park was closed until December 2015, we could not get close to the mountain due to track restorations. Taking pictures from a distance was our best shot. The summit of Mount Kinabalu was covered in clouds the whole afternoon and we heard the best pictures could only be taken around 6 am... an early wake-up. :) The next morning we were surprised by the beauty of the area. The view from our accommodation, Ayana Holiday Resort, was amazing!

After the early wake-up we had enough time to drive from Ranau to Sukau and arrive before the afternoon river cruise started. Several companies around Sukau organize packages with river cruises to encounter wildlife around the Kinabatangan river. We stayed with Sukau Greenview Bed & Breakfast and decided to book a few cruises to spread our chances of seeing wildlife. As soon as we left for the first trip the guides were getting really exited and rushed us right to the waterfront. The grass and plants started moving and shaking and soon there was an elephant coming out of the jungle to drink water! IMPRESSIVE!

Before we knew it there were two, three, four, it did not stop! About 30 elephants showed up right at the waterfront, drinking and swimming. Even baby elephants with their mother were part of this natural show. For about an hour they were just doing 'their thing' while we were totally blown of our feet taking hundreds of pictures. Could things get any better? Yes! We went on another trip and saw a lot of different monkeys species (including the proboscis!). The night cruise as well as the early morning cruise was spectacular and exciting. crocodiles and a lot of birds (hornbills too!).

Beautiful sights during the river cruises around Sungai Kinabatangan.


Sandakan was the next stop of an overnight stay and it was not that interesting. This harbor city has a waterfront boulevard area with local hawker stall-like places with bright lights, plastic chairs, plastic table cloths in different colors, etc. Some high buildings from chain-style hotels decorate the skyline.

Check out nearby destinations: 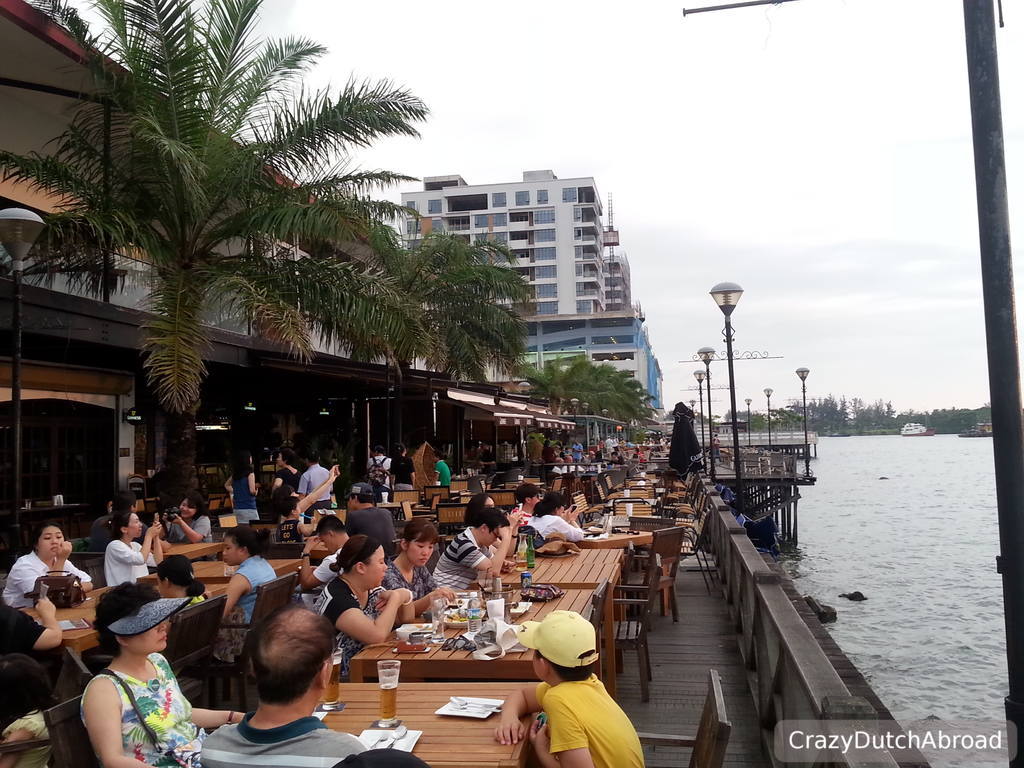