Indulge yourself in Guadeloupe, the French Caribbean!

In the shape of a butterfly Guadeloupe has several sides to explore. With Basse-Terre and Grande-Terre being the 'butterfly wings' and lots of nearby islands to visit there is something for everybody. The landscape changes as well as the cultural experiences. Explore this Caribbean island with all the benefits of being a French overseas territory, stunning beaches and picturesque Caribbean villages!

After seeing quite a few islands in the Eastern Caribbean Guadeloupe felt like a relief. Communication is easy, especially if you speak a little French, you can book or arrange what you want or need and it will actually happen. From our international arrival to the post office (yeah shipping another package home!), there might be a waiting line but you can get things done!

The island is well-developed, with big hotels around the Le Gosier area, golf courts and a highway around the whole island. The infrastructure is good and the economy seems to be thriving, especially compared to the other islands around.

Because this is actually part of France it is no surprise many French people come here for a holiday. We really loved it although the Creole/Caribbean influences have almost disappeared from the streets (except for the souvenir shops) and if you come from Europe do not expect a culture shock here.

Guadeloupe is actually more French than Bonaire or Curaçao is Dutch. There are no Chinese shops but you can find some American fast food chains. Romantic harbours and beach towns full of lovely styled Caribbean and European bars and restaurants. Discover some local art and clothing at one of the artisan markets and enjoy the palm trees and flowering plants with hummingbirds around.

Things to love about Guadeloupe

French cuisine in the Caribbean!

Get a warm baguette and fresh croissants from one of the many French bakeries, large selections of cheap fruits and vegetables in the supermarket and last but not least: Draft beer and tasty wine everywhere! Combine this with the most delicious french dishes made with fresh ingredients giving many different tastes right at the waterfront. There is great, accurate and fast service around, your glass is never empty - a blessing in the Caribbean!

The supermarkets are full of fresh products for normal prices, especially compared to Dominica, Trinidad & Tobago and even Curaçao and Bonaire! This is not a food blog, but I just need to put up some photos of great dishes to give you an idea, especially if you are not French or have not been in France... It took me a tight schedule of running every day just to spoil myself in the evenings. ;)

After driving around the whole island 'selecting' where to stay we ended up in Saint-François. Saint-François is a beautiful mid-size village in the South of Grande-Terre (North-East) with a local feeling. While the towns in Basse-Terre are smaller and with black lava beaches, Saint-François (and Sainte-Anne) are more developed with commercial areas and with sandy beaches.

The marina/harbour of Saint-François, Guadeloupe.

There are local markets, big French supermarkets, all kinds of water sports and live music and dance events during the week. It feels like a beach town in France, along the Mediterranean Sea with Caribbean influences. The 'Afro-Caribbeans' play domino while the 'French' love to play Pétanque / jeu de boules.
On Tuesday make sure to visit the evening market at Marché La Rotonde. On Sundays there is salsa night at Le Robinson Bar in the marina.

Driving around Basse-Terre and Grande-Terre

Everything is spread-out around the island, renting a car is mandatory if you want to see something. The road conditions are great but the roads are often a bit off the coastline and driving around is less scenic than on other islands. Although there are some very nice parts, most of the roads lay more inland without ocean view or interesting buildings - just agriculture and some vegetation.

There are many beaches and villages on both parts of the island. Take two days for a proper drive around Basse-Terre, one is enough for Grande-Terre.
Two spots you should not miss are Fort Delgrès and Pointe de la Grande Vigie.

Fort Delgrès is on Basse-Terre. It is a cultural sight to walk around and learn something about the history of Guadeloupe. Make sure to bring a bottle of water and sunscreen because most of it is outside in the sun. The entrance is free and you get a map.

Pointe de la Grande Vigie is a scenic point at Grande-Terre, the most Northern tip of the island. It is just a short walk to the end where you can take some photos of the Atlantic ocean splashing on the impressive rocks.

Some highlights of Basse-Terre and Grande-Terre

Les Saintes or Îles des Saintes are a few dramatically shaped islands with high hills, very scenic. If you Google Guadeloupe you are likely to see images of the bay of Terre-de-Haut as it is simply breathtaking. There are many sailing boats around and even-though the island is pretty small you can find everything you need for a few days.

It is touristy, you can even rent a golf cart to drive around the island, but the vibe is great and there are many 'private' beaches. In the evenings the day-visitors leave and you can experience the real island life. There are many bars and restaurants around, draft beer is just as easily accessible. :) 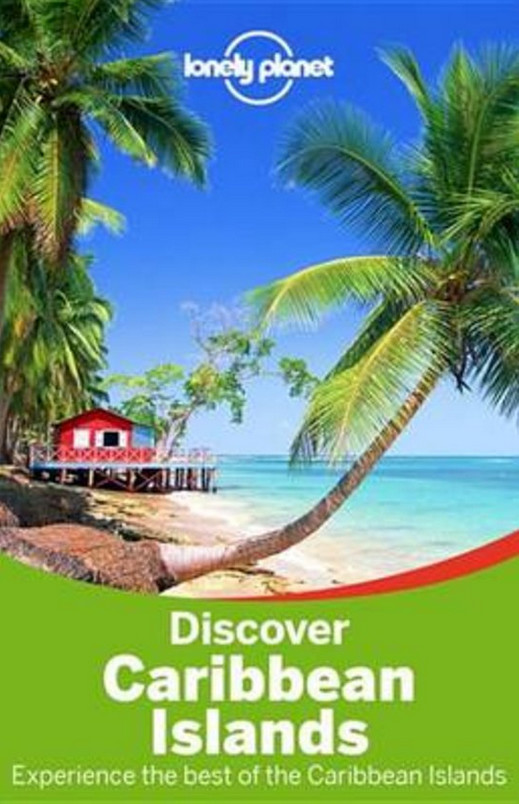 Get to the heart of the Caribbean Islands and experience the best islands!

The French love to take a long lunch break and most businesses close accordingly. Expect shops to close between noon and 3 PM to open again until about 7 PM. Often they close a bit before closing time too if it is not busy, do not show up late!

Many restaurants in Guadeloupe are really strict about when you can order food and drinks. often they will not take any orders after 2 or 3 PM and do not even think of having an aperitif after 5 o'clock in a restaurant. Most restaurants will offer no service at all before 7 PM. As long as you are aware of this you can work your way around it. When in France, act like the French I guess! There are some bars/restaurants that use this 'time gap', they are always full - pretty smart!

There is NO CASTLE at Castle point / Pointe des Chateaux (Saint Francois)!

Pointe des Chateaux is actually a top rated attraction on Tripadvisor. It is the tip of Basse-Terre, a scenic landmark with even a castle icon on Google Maps. Without properly reading any reviews, just focusing on our nice bicycle ride, we ended up in a dead-end off-road track seeing nothing but a big Christian cross in the distance. No castle, LOL. It was nice to drive all the way there from Saint-François anyway, about 11 km / 7 miles one way with various artisan markets along the way. Not the best weather but still nice.

As mentioned above we went driving around both islands to see where we wanted to stay for at least a week. We found this spot in Saint-François and we still had a car we needed to return to Pointe-a-Pitre. As we have 'normal' working weeks it was too much of a hassle trying to organize a bus trip back from the drop off point. So, we rented a car just to return the other! We should have selected one of the other drop-off points when booking, lessons learned!

La Sourfriere volcano is the highest peak in the Lesser Antilles and a great activity if you like hiking...

There are a few (micro) breweries on the island. Les Bières de la Lézarde is probably the biggest with the largest variety of brews. We skipped it because it did not fit our schedule and draft beer is widely spread around the island. It must be worth a visit though!

We skipped a day or more at Marie Galante because we had not booked anything and last minute prices were high. Les Saintes offered affordable lodging and has a more dramatic beautiful landscape and only a few cars, something really different from the 'mainland'.

Artisan villages and markets with souvenirs, lots of rum and Creole spices!

Bokit is a local dish you should try. It is a form of bread / naan which was created by the slaves when baked bread (yeast) was too expensive. The dough is fried in oil and filled with sandwich ingredients like ham, cheese, fish and lettuce/tomato. As you can imagine it is a bit greasy but delicious when fresh and hot!

Another thing to try on Guadeloupe: Coconut ice cream!

Other islands in the Caribbean to explore: